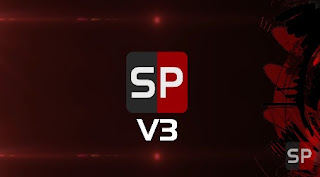 * Updates 20.3.2
* Update 20.3.1 fixes Bologna of Brescia in Serie A (download from links page, replace two files)
* Master league started before this version cannot continue.
The demo above sp21 is similar to sp20 except for some changes.
SP20 V3 is converted from SP21 v3, there are differences in the game so we have modified some leagues so the game will run without errors, see restriction below.
Please read and follow the install instruction and notes carefully.
Restriction:
Turkey league:
This season the number of teams participating in the Turkish league is 21 teams, ut the game cannot handle more than 20 in this league, we have moved one Turkish team to the Swiss league.
Switzerland league:
In season 20/21 the number of teams is now 10 instead of 12, the game must find 12 teams otherwise there will be problems in the master league, we have added the extra turkey team and a Norwegian team to complete the needed number in this league.
MLS:
The game cannot have more than 20 teams in this league, we have moved the extra 6 USA teams to other American teams so the game would not have errors in football life modes.
ACL league:
In PES 2021 this league is located in the main database of the game, in PES 2020 (and all previous versions) this league needs to be in a separated database level, this resulted in these teams missing some players especially players who play in a national team, meaning the players in these clubs that also in a national team are not assigned to the club, this is to avoid duplications and bugs.
SP20 Addons compatibility:
Sider addons:
All the sider SP20 addons can work with this version, except the addon (CL kitserver) that should be removed because it will make the kits old, this addon will need a new version.
Faces:
This addon is compatible but there are differences in the ID between the old v2 and the new patch v3, this addon will be replaced with a new mega face pack converted from the newer game version.
Unlock legends:
This addon is version specific, the current version of this addon will not work with this new patch, a new addon is needed.
Goal songs:
This addon is no longer compatible, it can be used but any team with a stadium server assignment will not have this addon.
The other addons should work fine, some will get the new version, be sure to read the details of the addon to have ane needed information about the addon and its compatibility.
SP20 General Features:
How to install :
* Same instructions for patch update if available.
* more detailed installation here.
NOTES :
DOWNLOAD