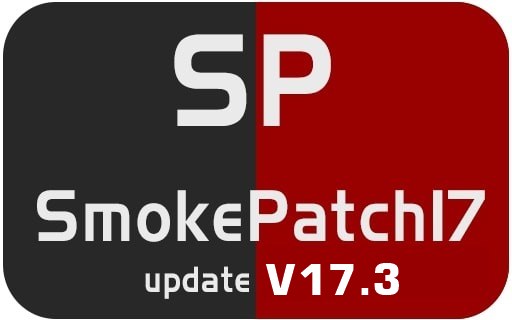 Smoke patch version 17.3.0 AIO for season 2021. Smoke patch is one of the best patches for PES 2017 game lovers. Please read the release notes before you install this patch. This is a full version, no need to install previous versions.
Smoke Patch 2017 v3 is a new version uses the new database from Smoke Patch 2021, the teams, players and many features are from the selection of the newer patch, due to pes 2017 limitations, around 70 teams and 1000 players had to be removed so the database would fit pes 2017

In pes 17, teams cannot have more than 32 players as a maximum in the teams, many teams have near 40 players, these players are mostly youth players and are moved as free agents.

The leagues in pes17 are less than the newer games, there are leagues that are not available in SP17, famous teams from these leagues are moved to other teams, teams from brazil's second division are removed.

All the sider sp17 addons can work with this version.